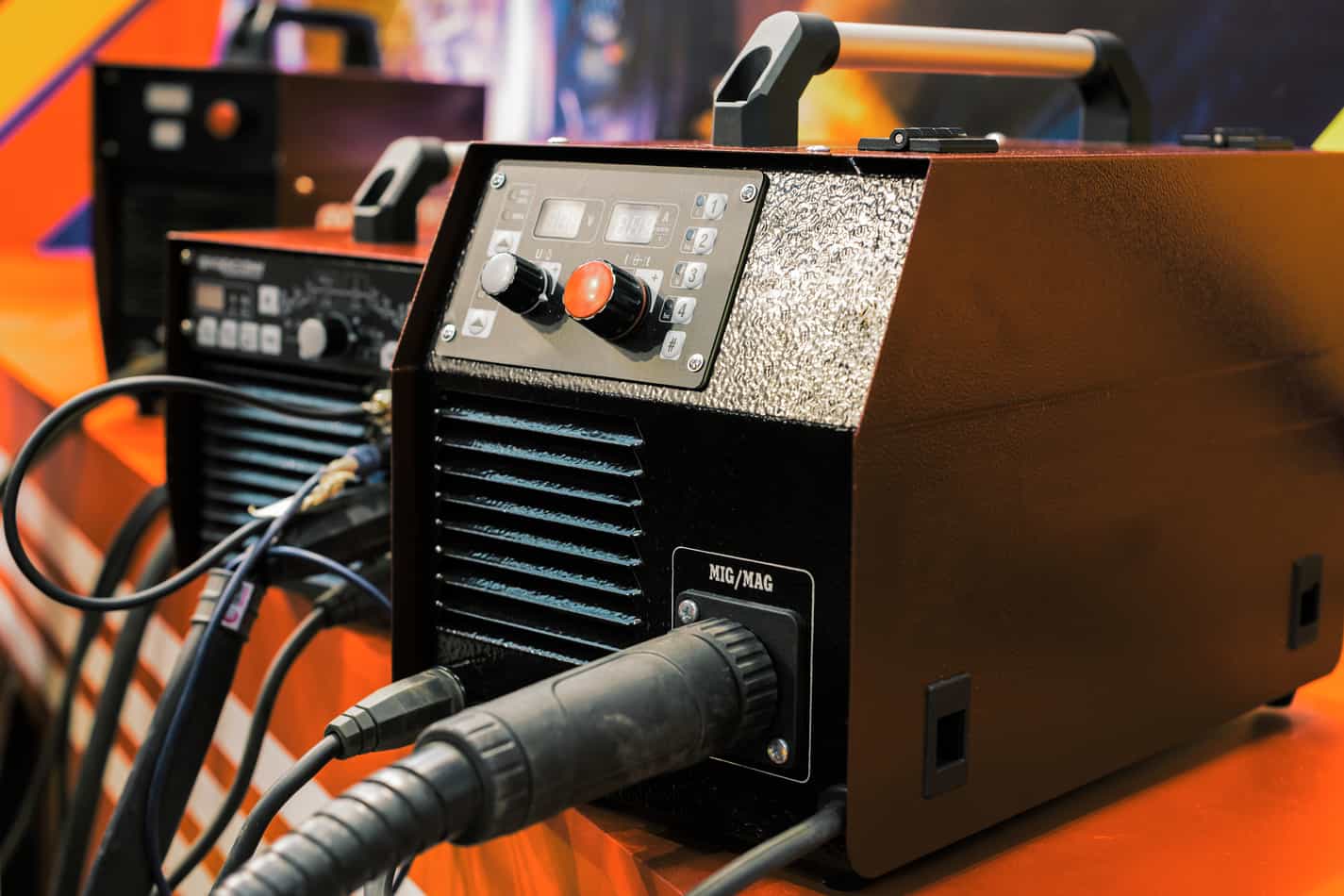 As a welder, it’s common knowledge that there are different kinds of welding. Most welders learn MIG welding pretty early, due to how simple and effective it is. But if you wanted to get into a more technical method, like TIG, would you have to invest in new equipment?

Can you use a MIG welder for TIG welding? Technically, yes, you can. You would need to make various modifications, but it is not recommended that you do so. For optimal performance, welders should only be used for their specific type of welding.

Even if the multiple modifications were done to the TIG welder, the job probably wouldn’t go the way that it should. There are various key differences in TIG and MIG welding that make it basically impossible for one of their welders to be used on another’s weld.
If you’re still not sure why this is the case, it’s best to go over what exactly each of these welding processes is and the major differences. Once the specifics of TIG and MIG are understood, this concept might be a bit easier to grasp.

What is a Welder?

A welder, or welding machine, uses electrodes to generate a high level of heat. This heat Is used to melt metal. This melting is used to combine two metals into one structure.

Welding machines are usually stationary, but some more portable models do exist. These are beneficial when working on cars and other vast areas that require maneuvering.

Welders are extremely skilled in their respected discipline, and it takes quite a bit of knowledge to be successful in the field. Also, a welder works with a large variety of materials as well, ranging from industrial pipelines to working on bridges.

The hours of a welder are typically long, and often times, they’ll have to go overtime in order to complete projects on time. It is a difficult job in terms of both the hours and the skill that is required in order to be successful in it. However, the pay is typically solid for a welder, making those sacrifices worth it in the long run.

What is TIG Welding?

TIG also uses an external shielding gas, most frequently argon. The shielding gas prevents oxidation from the surrounding atmosphere. Oxidation can negatively affect the strength of this kind of weld. It can also make the weld less smooth and attractive.

This process of welding can be used on almost every kind of metal, barring cast iron. TIG is best used on thin metals and is an incredibly precise type of welding. Due to its precise nature, TIG welding is a slow process.

What is MIG welding?

MIG welding (or Metal Inert Gas welding) uses a continuous line of consumable metal wire as its power source. The metal is heated and is used as a binding for other metals, filling the gaps between them.

MIG is one of the easiest kinds of welding to learn. When mastered, it can get a job done relatively quickly.

The Similarities Between MIG and TIG Welding

Both of these kinds of processes are obviously going to have some similarities.

Because of this, these methods are both used primarily on auto work. Don’t let this fool you, though, there are still key differences that will dissuade you from mixing welders for different jobs.

The Differences Between MIG and TIG Welding

This creates a few differences in when each process should be used.

The Gases are Different

You should also not be using the same gases for TIG welding as you do for MIG welding. Both of these processes use different kinds of gas.

TIG primarily uses argon, as stated previously. MIG, however, common uses carbon dioxide (co2). Using carbon dioxide on a TIG weld, or vice versa, would not work properly and can potentially be dangerous.

When it comes to co2, the problem is relatively obvious. The reason why TIG welding uses argon as a shield gas is to protect the weld from oxidizing. The oxygen in co2 would completely cancel out this function.

When using a particular type of welding, it’s important to use the right kind of gas. Otherwise, the results that you want are not guaranteed.

Both TIG and MIG welding are best suited for thinner metals, as previously stated. Though, while MIG can work on thicker metals, TIG really cannot. This makes MIG a bit more flexible in that regard.

When it comes to thin metals, however, TIG welding is more precise. This means that the weld will be much more pleasing to the eye than with a MIG weld.

Though, it is important to note that MIG cannot be used on every kind of metal. Be aware of the metals that MIG can weld before trying this.

When it comes to the best-looking weld, TIG always comes out on top. While TIG welds can be slower than others and more difficult to master, they are easily the cleanest.

MIG welds, on the other hand, are not as attractive to look at. This is due to the filler metal, which makes the surface less smooth post weld.

MIG welds can also be more prone to errors regularly. Though, if you have not mastered TIG welding, mistakes are bound to occur. Due to the preciseness of TIG welding, the process is much more difficult.

Even with a very good understanding of MIG welding, though, the finished weld will probably not look as attractive.

Buying any welding equipment and keeping that equipment in good condition will be expensive. While the prices on the initial equipment for each of these processes is comparable, MIG is going to end up costing you more in the long run.

MIG welding ends up being more expensive because of its source of energy. Eventually, replacing the consumable metal wire adds up. TIG’s non-consumable tungsten does need to be kept up but lasts a very long time in comparison.

TIG is known for being a much slower process than most other welds.

This is because it requires a lot of precision. The slower you go, the more precise the weld. There’s a lot of attention to detail that goes into TIG welding, so the slower pace is necessary.

The amount of time that this process takes might seem like too much, but it is a good tradeoff for how beautiful these welds turn out.

If you are looking for a speedy process, though, Mig is the better pick. It is so easy to master that a MIG weld can be finished relatively quickly after the process is learned.

Is One Better Than The Other?

One of the big debates is if one of these methods is superior over the other. As you may have noticed with the information above, there are certain situations where MIG and TIG have their respected benefits.

However, if we are talking about the final product, then I’d have to say that MIG is overall, the better choice. This is due to a few things. For one, it is much more cost effective than it’s TIG counterpart, which plays a large part for companies in deciding which route to take.

Also, as I mentioned above, it is also the better choice for working quicker as well, and we all know that quicker times translate to quicker money, which is always the ultimate goal.

TIG and MIG are two very different methods of welding. Not only are the results different, but the mechanics behind the weld are entirely different. Using a MID welder on a TIG weld is not a good idea and basically impossible to do successfully.

If you want the results of the TIG weld, invest in the proper equipment. This is important for the quality of the weld, but also for your safety as a welder. Attempting to make a job look like a TIG weld when using MIG materials can be dangerous and ultimately ineffective.

While there are some that claim that certain welders can be modified in this way, nothing has been proven to work. All in all, modifying welding equipment is extremely risky, especially considering the expense of replacement.

The point to take away from this is that it’s important to use the proper equipment. If welder modifications are of your interest, you can try though we would not recommend it.