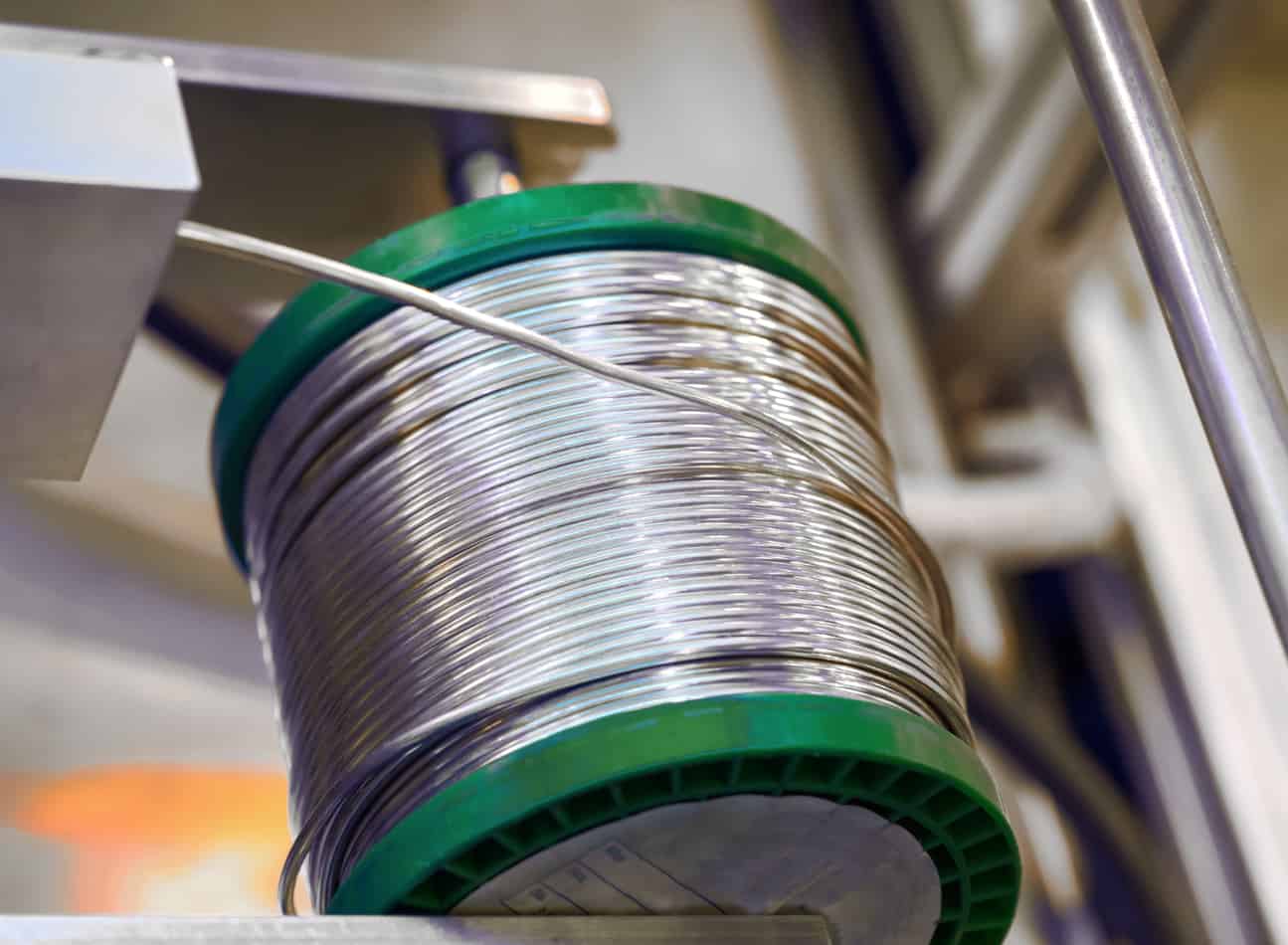 When joining metals, the three methods available are welding, brazing, and soldering. Welding offers joints the most potential tensile strength, while soldering tends to offer joints with the weakest tensile strength. That is unless you are using silver solder, which is closer in technique to brazing and is said to provide tensile strength comparable to some welds.

There is more to silver solder than the strength it can provide. Read on to learn more about the various joining techniques, how some methods are very much alike, how they are different, and what properties silver can add to an alloy.

Soldering, or soft soldering, is any joining of metals using a filler metal that melts below 840°F. Note that the melting points for silver soldering are considerably higher. “Silver solder” is a misnomer and is a form of brazing. It is sometimes referred to as “silver braze.” The American Welding Society discourages the term “silver solder.”

Soft soldering alloys are commonly made from a combination of tin and either lead, antimony, silver, zinc, or bismuth. The amount of silver in these alloys is small (4 or 5%). Silver soldering alloys are typically alloys of copper, potentially some other metal, and varying amounts of silver.

Brazing fillers are usually copper alloys, but they can also be alloys made primarily of nickel. The other metals often used in these alloys are phosphorous, silver, silicon, tin, or zinc. Silver solders are simply brazing fillers that have a higher percentage of silver in them.

Welding Vs. Brazing and Soldering

Brazing and soldering join two or more metals by using a melted metal filler as an adhesive. The filler has a lower melting point and will be liquid while the base metals remain solid. Capillary action causes the liquid metal to be pulled into the microscopic pores of the solid metal. These joints are only semi-permanent as the joint filler can be melted again.

Welding is the fusion of two or more metals by melting the base metals together at the joint with molten metal from an electrode. The metals must have similar melting points. Otherwise, a metal with a much lower melting point will be a mess when the other metal is ready. This joint is considered permanent: for the two pieces to be separated, they will have to be cut.

The strength of a welded joint relies not only on the power of the base metal itself but also the weld being used and the amount of metal from the electrode that penetrates the joint. Ideally, the weld will be as strong as the materials being joined, but it cannot be any stronger.

Some advantages that brazing has over welding are:

Silver, like gold and platinum, is considered a precious metal; it is not cheap to use. So why would it be used for applications like connecting pipes and other metals? Adding silver to an alloy changes its properties in ways that make it worthwhile for the consumer to spend the money. Here are some reasons to use silver solder.

Silver Tends to Increase the Range of The Melting Point

In addition to lowering the melting point of an alloy, silver also has a tendency to increase the melting range. When a pure metal melts, it goes from solid to liquid as soon as it reaches its melting point. Alloys melt slowly, having a point where they are totally solid and a point where they are totally liquid. A wide melting range is useful when brazing a wide gap in a joint.

Many believe that adding silver improves an alloy’s capacity to change physical form without breaking. According to the late Richard E. Ballentine, former Director of Research and Development for The Harris Products Group, this is false. Both silver and phosphorous reduce ductility in copper.

Pure silver is the best conductor of electricity, so it would make sense that one would think it improves the conductivity of an alloy used for soldering/brazing. Silver is also expensive and tends to tarnish. Copper, by comparison, is cheap, and it’s also second in conductivity only to silver. Imagine that, silver takes the gold, and copper takes the silver.

Silver soldering offers strength comparable to other brazing metal fillers. While these joints may not be as strong as welded joints, they offer their own advantages. Where silver really makes an impact is on the melting point and melting range of the alloys used for brazing.

link to Types of Metals You Can Braze

Brazing is a method of joining two metals together using a molten filler metal. Brazing is different from welding, as none of the base metals undergo thermal melting. Instead, the joint is formed by...

Continue Reading
link to Everything You Need to Know About Brazing

Brazing is a process used to join metals and sometimes ceramics in which a molten filler metal called a braze alloy is used for joining. The melting point of the braze alloy is usually above 450°C,...