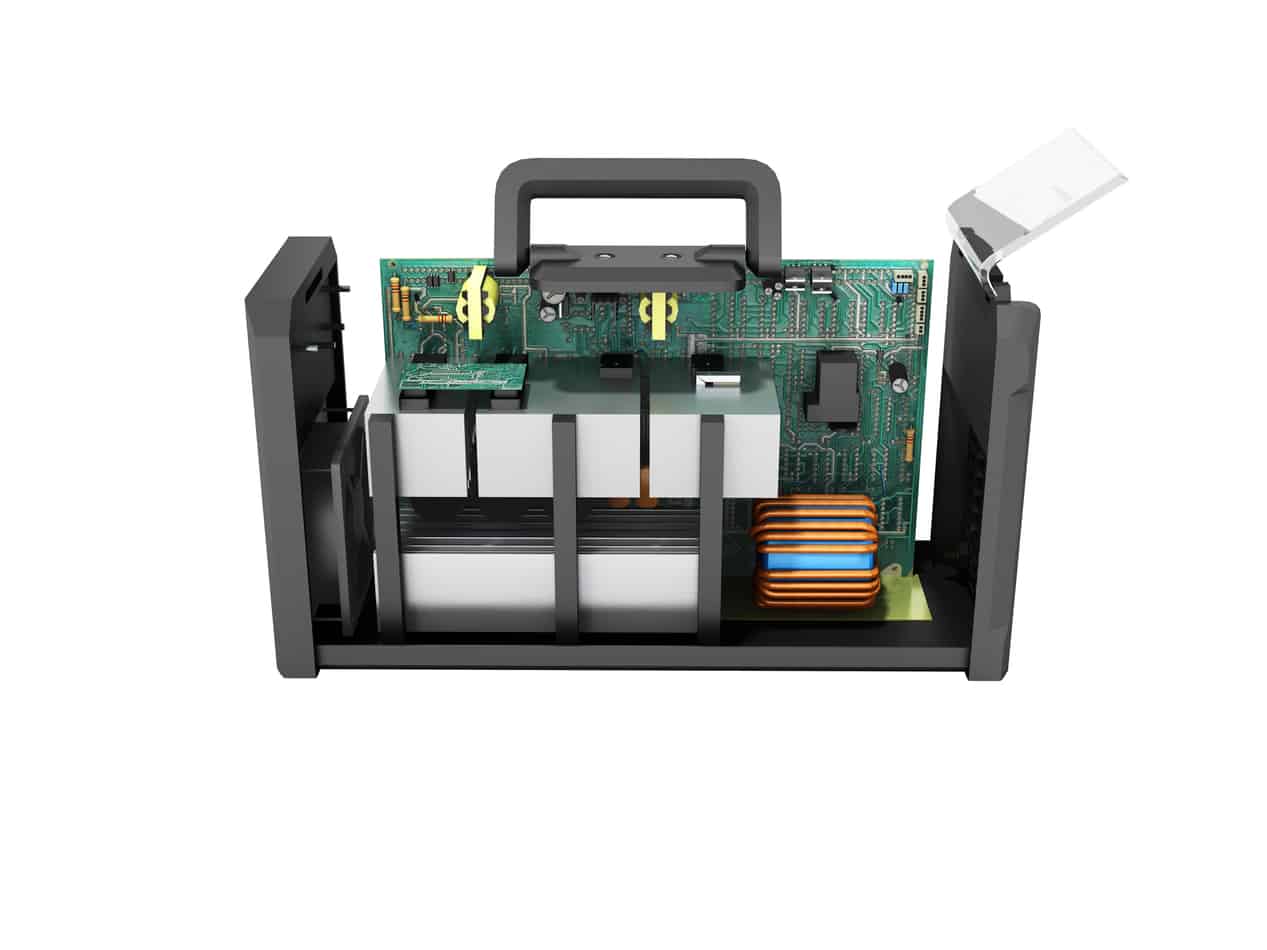 Among welders, there is a lot of argument over whether inverter welders or oil-cooled welders (also known as transformer welders) offer the better option for performing a welding operation. Everybody has a favorite, and both are good options that offer their own set of benefits and drawbacks.

Oil-cooled welders are a solid bit of technology, but the inverter welders that followed them introduced a new level of technology to the welding craft that allowed for a much more intricate weld. Read on to find out more about these two different kinds of welders.

What Is an Oil-Cooled Welder?

Oil-cooled welders are an older form of welding technology that dates back to the beginning of welding, which was invented in the late 1880s. These types of welders have been made for decades, and many older ones are still in service today.

Since its earliest beginnings with oil-cooled transformer-based welders, welding has branched off into several major branches, including the following:

While the craft of welding has made many technological advancements over the course of the twentieth century, oil-cooled welders were used for the majority of it, and it wasn’t until the advent of computers in the eighties and nineties that welders began turning to inverters.

Still, the reason that oil-cooled welders are still around is that the initial technology is still sound, and these machines are still capable of producing very efficient and heavy-duty welds in all kinds of conditions.

Despite being the older form of welding technology, oil-cooled welding is still used in many industries today to perform welding operations in environments that would be considered unsuitable for inverter welders, and for longer periods.

Just because this welder is considered the granddaddy of modern welding machines doesn’t mean it’s time for it to go into retirement. But there are some significant drawbacks to oil-cooled welders as well.

Oil-cooled welders may have some advantages, but they also have their share of drawbacks. Due to the fact that they are an older technology, there are many ways that they have been outperformed by newer welders.

Here are some of the negatives of owning an oil-cooled welder over an inverter welder:

What Is an Inverter Welder?

Inverter welders are a relatively new innovation in the welding industry and didn’t really take off until the 1980s, about a hundred years after the initial invention of arc welding.

Inverter welders really took advantage of the advent of computers in the 1990s, and within a few decades, inverter welders were capable of intricate welding settings that previous generations of welders could only dream of.

Inverter welders operate by transforming utility AC power into DC current at a high frequency that allows for electrical welding via a metal electrode. Tungsten is a popular choice. But by converting household electricity, inverter welders are able to wield a high degree of welding power even in a backyard or garage workshop

Because they are an advancement on the older technology of oil-cooled welders, inverter welders feature several major benefits as they continue to revolutionize the art of welding. Here are some of the advantages provided by using an inverter welder:

There are many benefits of inverter welders, but they do have their share of drawbacks as well. Here are some of the potentially negative aspects of owning an inverter welder:

How to Choose A Welder

When it comes down to choosing between purchasing an inverter welder or a traditional oil-cooled unit, it’s going to depend largely on individual preference. To determine which welder is the right choice, potential buyers should consider the following questions:

Where to Buy a Welder

There are many places that you can obtain either an inverter welder or an oil-cooled welder. Since most oil-cooled welders are older models, these are found most easily as used units on eBay and other digital marketplaces.

Inverter welders are easy to find from a variety of sources, and buyers have the option of either a used unit or a new unit. Since new inverter welders are relatively inexpensive and, older models are prone to reliability issues and digital hiccups, it is advisable that if you’re going to buy an inverter model, you go with the most recent model you can reasonably afford.

Whether you buy an inverter welder or an oil-cooled welder, you can also find units to buy at the following sources:

No matter where you decide to buy a welder, be sure to note what kind of warranty you’re receiving with your purchase. One of the benefits of buying a new unit versus a used unit is that there is typically a multi-year warranty for either repair or replacement, and if you’re dropping hundreds of dollars on a welder, a warranty like that is nothing to sneeze at.

It’s also important to make sure you look at all the available options and consider them carefully, rather than making an impulse purchase. A welder is an expensive piece of equipment that will be a cornerstone of your workshop for years, so you want to make the right choice.

In a Head to Head Match, Inverter Welders Win

While you can easily find welding enthusiasts who are staunch advocates for one camp or the other when it comes to inverter welders and oil-cooled welders, at the end of the day it’s obvious that the inverter welder is the much more modern and efficient machine. In performance and ergonomic design, it is the clear winner over oil-based systems.

The oil-cooled welder does get points for higher duty cycles, durability, and historical importance, but objectively, it can’t hold its own with regards to either energy efficiency or welding precision in comparison to an inverter welder.

link to Can you stick weld cast iron? Here is how!

Stick welding would probably not the first process one might choose for cast iron welding. However in my series how to get the most out of your stick welder to solve your joining problems, I will...

Welding sheet metal with a stick welder is a bit more challenging, especially when welding thin sheets of metal. The heat input in stick welding is generally higher than with other hand welding...